The symbolic “chill torch” may get passed from San Francisco to Oakland, at least in the minds of NPR listeners nationwide.  It turns out that Oakland is the first city in the nation to consider directly taxing medical marijuana sales.

Dispensary owner Richard Lee said that he already pays $300k in sales taxes and $500k in payroll-income taxes annually.  He believes that all four city dispensaries probably pay $1 million annually in sales taxes, and they are willing to contribute even more to city coffers.

All signs point to voters approving this pot tax, which will likely add another $1 million to Oakland’s budget.  Years ago this source could have been seen as far-out, but not in Oakland these days.  Even the state is considering measures to legalize and tax pot, and a recent poll shows 56% of Californians support full legalization already.

In the meantime, it feels good that Oakland is the torch-bearer.

If you drove down Shepherd Canyon Road this morning, then you were greeted by water flows due to a water main break.  This flooding came from a break on Shelterwood Drive, which effectively closed that road.

Both the Oakland Fire Department and East Bay MUD were on the scene by 9:00 am or so,  gamely trying to control the mess. 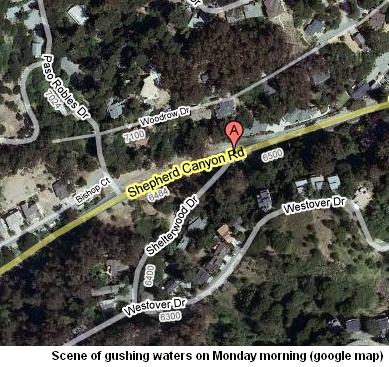 Apparently there was a true gusher from the Shelterwood source.  Water not only flowed downhill to Shepherd Canyon, but also across the street from the Shelterwood intersection.  We’re not sure exactly which homes have no water, but mains have been shut down during the emergency fixes.

“The fireman on the scene told us we should save some water in pots as it may be off for the day,” said Montclarion Jennifer Rich.  “If you believe you might be supplied by this water main, and you’re home, you might want to do the same.”

This is a new one, as it typically takes a little rain to overwhelm the storm drains and culverts.  Guess our old infrastructure can also feel its age on a nice, sunny day.

RSVP:  Anyone with updated news traveling in the area, please let us know if things are under control now.

This month, Oakland City Council members eliminated their Pay-Go district funds to help close the budget gap.  Given the news, we wondered whether you were “thumbs up” or “thumbs down” and launched a survey to find out.

After first reporting survey results the day after launch, we practiced restraint and waited until survey-takers had arrived equally from all Oakland districts – and now can share more representative results.

Just 58 percent of you feel the funds should be entirely eliminated.  That leaves 42 percent who sorta like Pay-Go. Some 27 percent say things need to change, by decreasing the $125k previously doled to each city council rep.  The remaining 15 percent split evenly between keeping the funds or increasing them.

We received many polarized comments, and have plucked those shedding light rather than pure heat.  Let’s start with the non-believers, who state that undirected funds clearly contribute to fiscal or political mayhem:

In the absence of a prioritized review process, these funds are too easy to use for political purposes.

Pay-go is a slush fund; its very existence works against transparency and accountability for our government officials, promoting cronyism if not corruption.

If there’s not enough money to go around, let’s be honest about it and at least have everybody in the same boat, not let our reps’ buddies/supporters always get the kid glove treatment.

What Believers And Pragmatists Say

Meanwhile the Pay-Go believers say the funds can be used to close gaps or solve problems.  Others are more pragmatic and feel things must change, or else:

Some council member use pay go funds wisely, pairing them with other funds to get a lot done.

I think Pay-Go funds *can* be a great resource in the districts where they’re well used, but the problem is that they seem to be especially prone to political influence and corruption in some districts.  Since it’s hard to take them away from some areas and keep them in others, maybe it’s time to look at the system overall and find a better solution.

I do think Pay-Go serves a critical need in terms of funding local projects that will never fly at the citywide level, but we need to find an alternate means to this end.  Too much of the Pay-Go budget is wasted right now.

Let’s use this Pay-Go cut as an excuse to consider aligning district and neighborhood priorities fiscally. We claim to be hyper-local when it comes to public safety, the biggest budget chunk.  Meanwhile other general and capital funds are budgeted based on functions and not locations per se.  Why not run some “audit tests” based on local demos, crime, calamities and other filters?

Of course, we’re not twiddling our thumbs, waiting for a district revolution anytime soon.  Thus Pay-Go reflects a flawed yet practical approach to solving localized needs, as long as these funds stay small.  After the recession abates, it can’t hurt to provide some form of local funds to council reps.

We fully acknowledge there should be more guidance on how Pay-Go gets spent, and also believe this kind of accountability is something that’s not unique to Pay-Go.  We need plenty of oversight regarding all the city spends, from the City Auditor plus other citizen watchdogs.  And if you don’t like how your rep handles things, then vote them out?!

Twitter has become a tour de force.  It provides a means to deliver messages that can’t be blocked by any government, including faraway spots like Iraq.  It creates a channel for everyone to share and read their memories of one Michael Jackson.  These communications can be a real window into the collective zeitgeist. 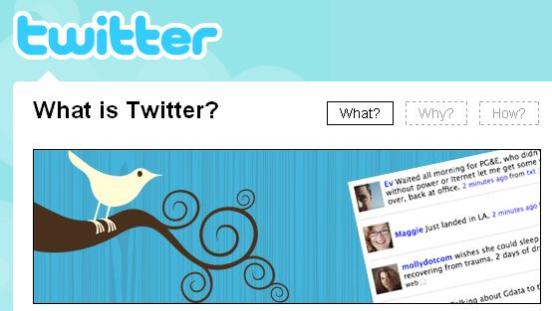 In that spirit, we decided to see what’s happening in Montclair and the hills.  There’s nothing explosive taking place here, only the Fine Arts Festival this weekend.

After conducting a few local searches, the good news is that Montclair tweeters are getting off their duffs, venturing outside and generally enjoying the summer so far:

Of course, there are many perfunctory messages flying among tweeters.  When you screen through a few dozen of them, you get a sense of Montclarions or Montclair visitors in general:

We have always acknowledged the village as a peaceful and slightly escapist spot, where folks go about their business without much fanfare.  The latest 140-character tweets simply underscore this sense of place.

P.S.  We are on twitter as well (link here), if you prefer to pick up Today in Montclair blog postings and links that way.  You won’t see tweets about running errands to the 7-Eleven there.

We like to think of our Montclair elementary schools as top performers that are in demand.  So it’s puzzling to see a drop between admitted and registered kindergartners in some schools next fall:

Sure, the hills schools are coveted.  Six of ten wait-listed students have taken up some Thornhill slack.  Nearby Oakland parents are bound to pursue spots at Thornhill or Montclair, if they are permitted to make their cases outside the normal assignments process. 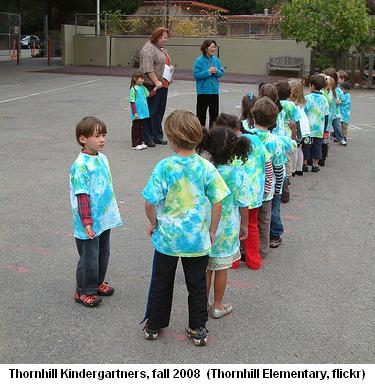 Katy Murphy, who covers the Tribune’s education beat, attributed the gaps to people who “may have just been hedging by applying to their local public school.”  But there are all kinds of reasons for tucking tails.

Yes, it’s possible that some Montclarions registered their kids in case and later decided on private schools.  Maybe they felt less pinched generally.  Or became more skeptical about Oakland schools and city finances.  Or even moved away, who knows?

Well the schools will be operational for the 2009-2010 school year.  Oakland Unified School District settled on a $602 million budget today, along with Uncle Sam’s help in closing an $18 million gap.  So we can push problems out for another year, sigh.