Remember the saga of Moneyball?  We’re not talking about the book about Billy Beane, our Oakland A’s manager.  Instead, we’re all over the movie that was supposed to star Brad Pitt as Billy.  That flick is finally moving forward, with a scheduled 2011 release. 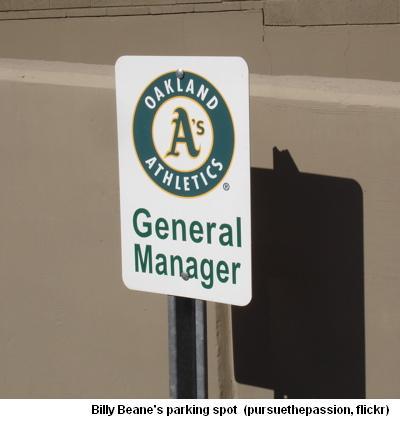 Last time we checked, this movie had been rejected by Columbia Pictures because Director Steven Soderbergh’s version was unacceptable.  We wondered if the movie would get resuscitated, and the news is even better.

According to The Hollywood Reporter and Variety, the new Moneyball will be directed by Bennett Miller.  Who’s that, you ask?  The director of Capote, which won Philip Seymour Hoffman a best-actor Oscar.

With Bennett Miller as director and Aaron Sorkin (nee West Wing) as writer, we’re pretty sure that Brad Pitt will stick around and star in this biopic.  Expect to see Brad and his entourage tooling around Oakland, sometime next year.