We simply cannot ignore our city’s legacy anymore.  As you may know, rainbow trout were discovered in Redwood Regional Park, back in 1855.  While this fact is recognized in historical and environmental circles, we don’t put the trout in their appropriate position of honor. 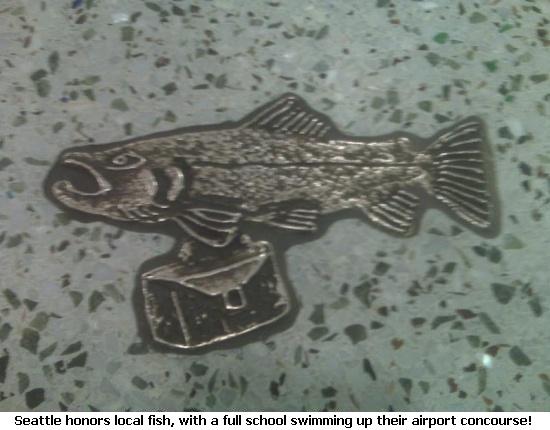 Due to watershed improvements, from tireless efforts by Friends of Sausal Creek and other groups, the trout find their way into city streams these days.  So the timing seems right for bullhorning this all-important trivia – and all trout fishers in America should know about Oakland.

Let’s declare the rainbow trout as the official fish of Oakland. The species should be placed in a position of honor, right along with Jack London and Oak trees.  We might get better known for our unique urban-rural mix within city limits, and the highly-regarded rainbows seem like a great way to improve perceptions of Oakland.

Rainbow Trout Species Identified – The naming of the Rainbow Trout species was based on fish taken from the San Leandro Creek drainage.  In 1855, Dr. W. P. Gibbons, founder of the California Academy of Sciences, was given three specimens obtained from the creek.  He described and assigned them the scientific name Salmo iridia.  Rainbow Trout are now worldwide in distribution and are a highly prized game fish.

There are many ways to honor the rainbows, starting with the City Council declaring an official fish status.  Then the fish might appear in official descriptions about our city.  There also could be some memorial in the downtown area.

We’re not aiming to become a fly-fishing destination (!) but this claim-to-fame birthplace surely will grab the attention of visitors.  A couple folks might even come and pay homage to the rainbows at Redwood Regional Park, too.

Now this something with fins (oops, legs).  Anyone want to pick up the campaign and make it happen?