In case you haven’t heard the news, the great hopes for Uncle Sam to “rehire” all the Oakland police that were getting cut to balance our city budget…didn’t pan out.  The cops will need to tighten their belts and there will be fewer on the force.  Our residents already participate in neighborhood councils to help police, and might have to redouble their efforts somehow. 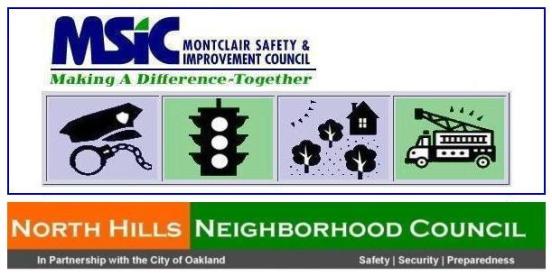 Even with scarcity, it feels like some public safety resources provide a bigger bang for the buck.  We think these priorities matter most to Montclarions:

It’s a logic problem to us.  If there can’t be sufficient police and rangers in the hills, then citizens need to be able to share priorities and hot spots so fewer cops can do their jobs better.  The city has a few positions to ensure that community policing works and now wants to cut them out?  You can’t have it both ways.

Update: As of month end, logic has prevailed.  The City Council decided to keep the existing park rangers and neighborhood services program.  Uncle Sam gave Oakland enough to cover 41 cops, and the cops have made pay and pension concessions as well.

One thought on “Never A Dull Moment In Community Safety”