Montclarions know that spring is awesome, with blooming flowers and greenery.  Most of us live on forested hills, where foliage grows prodigiously this time of year.  We’re all responsible for constantly trimming back and remaining code-compliant within the Wildfire Prevention District.  It’s a small price to pay, to protect our domiciles from the next Diablo Winds firestorm. 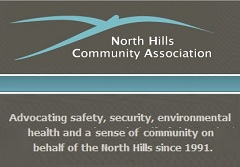 To learn more about “non-ignition zone” best practices, Montclarions and other Oakland Hills dwellers are invited to a special, free and educational Fire Prevention Meeting.  Mark your calendars for this Thursday evening, from 7-9 pm.

The North Hills Community Association (NCHA) has organized this event, featuring local experts and officials, at the Highlands Country Club (map).  No RSVP is needed, and we’re asked to park on the road outside the club.

Bob Sieben, who chairs the NCHA Fire Prevention Committee, has shared this agenda:

Have you become blasé about learning new ways to protect your castles and cottages?  It’s time to double check your seasonal efforts, take a look at what grows around your home, and create a larger non-ignition zone.  History tells us that we’re ready for a major fire soon, since Diablo wind-fueled fires strike every two decades…like clockwork.

When milestone years come around, people take notice:  it’s one score for the Oakland Hills fire disaster on October 20th, 1991.  To commemorate the destruction of our northern neighborhoods, Oakland held many events to share memories and fire prevention tips.  When Mother Nature strikes again, with her Diablo winds and fires, we should be able to reduce the damage.

Our favorite mitigation efforts are performed by goats annually.  The City of Oakland and East Bay Regional Park District engage the goat herders and their charges, who chew hillsides clear and also serve as goodwill ambassadors.  (Yes, the goat escapees provided additional entertainment this past spring.)

Less visible?  There are coordinated efforts among East Bay cities, park districts and fire departments, through the Hills Emergency Forum.  Every year, the Forum joins together and creates specific priorities to assess, prevent/mitigate, prepare and respond to fires.  Please click and read this PDF file!

We are reaching another Oakland Hills fire anniversary today, October 20th.  While our culture likes to mark the passing of decades, it has been 18 years since the last major fire.  And that lucky number equals life, which returned quickly to the decimated hills. 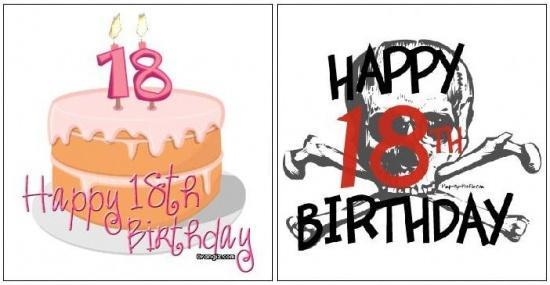 The Oakland Hills fire wreaked total havoc, with 25 deaths and 150 injuries.  This wildfire quickly burned across 5.25 miles and 1,520 acres, destroying 2,843 houses and 433 apartments as well as damaging another 193 houses.  In financial terms, the fire produced over $1.5 billion worth of losses.

Shortly thereafter, Oakland Fire Captain Donald Parker declared, “the magnitude and scope of what is simply referred to as the ‘Tunnel Fire’ is far beyond the experience of any living American firefighter. Only those who fought the Chicago Fire last century or battled the Great Fire in San Francisco would be able to identify with this conflagration and firestorm.”

Since then, the tell-tale signs of destruction have pretty much vanished unless you notice the “newer” section of homes in the hills.  Vegetation has grown in quickly, although everyone living in the Wildfire Prevention District must adhere to regulations to protect their homes.

Even so, we need to keep history alive because many current hills residents moved here after the raging fire.  Let’s hope our community response to the next big one, whenever it happens, lessens that destructive force.  Here’s to 18 years – and counting.

In normal places, you don’t have to think very hard about your home’s street numbers and where to display them.  You put a set of numbers somewhere that’s visible from the street, and make sure the vegetation stays cleared from the numbers.  Then you’re all set for either first responders or everyday visitors.

In Montclair, this task just isn’t normal.  Around our homes, placing house numbers appropriately isn’t at all intuitive and has turned into a little guessing game.  As city fire inspectors  do their jobs, many residents have been notified to take care of their numbers and they are trying to meet standards. 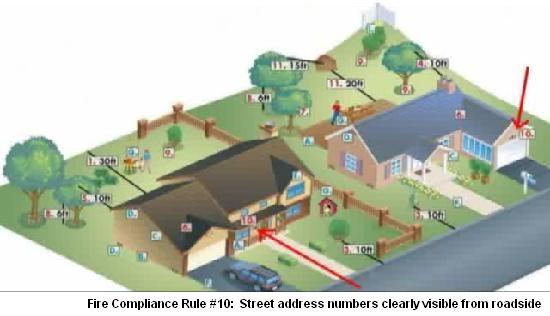 “Making house numbers clear and visible helps [first responders] get to the right address as soon as possible.  The spread of a fire in a densely vegetated area can be very quick so every second counts,” declared District 4 Council Rep Jean Quan.

The main challenge relates to proper placement on homes. The ideal situation is to place numbers on the house and near the front door.  However many homes aren’t visible from the street, so numbers are attached to gates and fences which can be viewed properly from the street.  Both seem to be acceptable protocols.

“It’s smart to ask us to standardize – somewhat, depending on the physical characteristics of each property – the placement of house numbers, so they can protect us,”  said neighbor Sue Kahn, on the Montclair SIC’s Yahoo board.

For properties nestled between two streets, the degree of difficulty rises. “In the hills we often have two entrances on different streets and sometimes two addresses, it is very confusing,” explained Council Rep Quan.  “As someone who has walked to almost every house in my district I understand [the] concern.”

Keep on trying to comply. Today is another Red-Flag Day, a designation issued by the National Weather Service which means that high winds and low humidity continue to translate into high fire danger.  Anything we can do to protect our home fronts is serious business, so this house number talk isn’t mumbo-jumbo.

Do you hear our collective sigh of relief?  Our first responders performed so well on the Orinda fire today, after brush fueled a rapidly-spreading fire near Fish Ranch Road.  This 30-acre or so fire was reported at 3pm and out by 7pm – and that’s a truly rapid response. 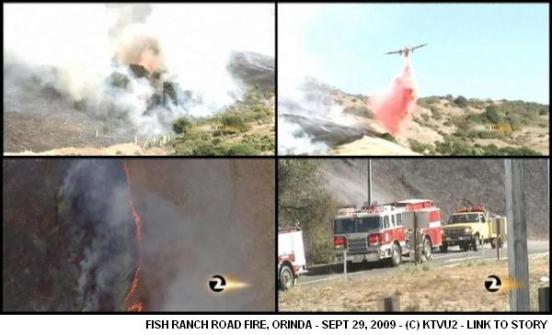 What or who showed up? Well, this Orinda fire was declared a two-alarmer.  According to a local fire chief, there were 120 personnel, 32 fire apparatus (we think this means trucks), two helicopters and four fixed-wing aircraft.  The final tally will be out soon enough.

When you see all the standard fire-fighting maneuvers underway, it still creates a queasy feeling.  After all, we are now living in the dead of Fire Season:  (1) it’s September; (2) it’s bone dry; (3) winds have kicked up; and (4) it’s been 18 years since the last big one.

Let’s keep our fingers crossed for now.  Although we’re definitely better prepared than ever, Ma Nature isn’t controllable – and we all know that!

More info:   The online video resources made it easy to keep tabs on this fire today.  Tip of the hat to KTVU which took great footage from their traffic copter – see this raw footage and later report.  Also the Oakland Tribune included photos and video.  The news is duplicated everywhere, with key links here to ABC7’s report and raw footage (great); CBS5’s article and video; and KRON’s video (requires search).