Pacific Gas and Electric has installed around 6 million of its new SmartMeters across the state. Power customers here in the Oakland Hills are now starting to get theirs. 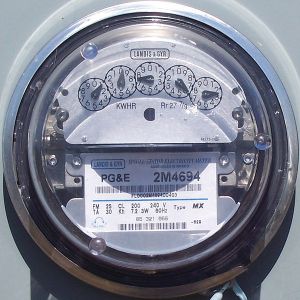 One of PG&E's Old Analog Meters

The first gripe about the new meters was that they didn’t work. The knock was that they overcharged. According to PG&E, only 0.12 percent of the SmartMeters they’ve installed are not beaming data back to the mother ship. And if that happens, the utility user actually gets a discount on the next bill. PG&E says that the SmartMeters are phase one of creating a smart power grid. When electricity usage can measured across the network in real time, the utility and its customers save energy and money. That’s the idea, anyway.

What’s been your experience with the new technology? Do you look forward to lower bills, or do you worry the SmartMeters will be hazardous to your health?

4 thoughts on “SmartMeters Arrive in Montclair”