About two months ago, passerby at the corner of International Boulevard and 42nd Avenue in East Oakland found themselves being followed by a fawn not more than a few days old. Bleating in clear distress, the baby deer was too young to know she should be afraid of humans. She was lucky her mistake didn’t cost her her life. 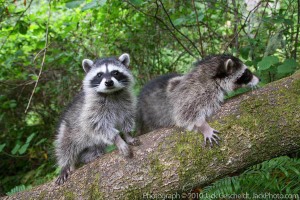 Someone called the police, the police called county animal control, and animal control called Lila Travis at Yggdrasil Urban Wildlife Rescue. Travis drove down to International Boulevard and coaxed the fawn into her car. Once in the safety of the animal shelter, the fawn thrived. She’ll soon be released into the wild.

That fortunate fawn was one of several thousand creatures rescued over the past decade by the volunteers at Yggdrasil, who have turned a rented home on a third of an acre in the Oakland Hills into a refuge for orphaned, injured and sick wildlife. There are about 60 critters in various stages of rehabilitation on the property now: Raccoons, snakes, squirrels, turtles, birds, opossums. In about a month, the animals and their human helpers will need a new home. The rent’s going up by $1,000 and Yggdrasil can’t afford it. Travis, who founded Yggdrasil with her husband in Temescal, 10 years ago, said the non-profit is looking for a new space.

Before Yggdrasil opened, the vast majority of wounded and ailing wild animals discovered by humans would be euthanized by city or county officials. On Thursday, Yggdrasil is hosting a lecture titled, “Secrets of a Familiar Neighbor.” The neighbor in question is the raccoon, a creature with more fascinating traits and habits than one might expect. In addition to talking about raccoons in the wild, Yggdrasil’s resident raccoon expert, Megan Isadore, will discuss ways that humans and raccoons can coexist more peacefully in the urban wild.

Are you interested in helping Yggdrasil? The outfit needs to raise $150,000 to build a new home. But they also need people to write letters of support to the Oakland City Council and the mayor’s office.  They need people to help move when the time comes. They need the community’s creativity.