You can’t say that the Montclarions looking into secession from Oakland are going into the process with their eyes shut. 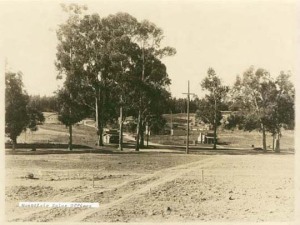 A highly informative presentation (PDF) from one of the movement’s organizers doesn’t try to hide the fact that turning Montclair into its own city will require a miracle. And that miracle will have to follow many, many hours of long (and often tedious) work on the part of volunteers. You know you’ve entered a new realm of civic wonkiness when you stumble onto this acronym: LAFCO. It stands for Local Agency Formation Commission. The Alameda County LAFCO would oversee any changes in Oakland’s boundaries.

Tony Morosini’s detailed analysis of the steps to secession describe a long process that would require map making, environmental research, fundraising, petition gathering (25 percent of the residents in Montclair would have to be behind separating from Oakland before anything could happen). Morosini couldn’t be more clear: “This entire process would take an enormous amount of time, money, energy and effort from a large number of the citizens and businesses of Montclair.”

And then there’s the hard part. A majority of voters in the rest of Oakland would still have to approve secession. Morosini points out that the money the new city of Montclair (or whatever it may be called) would have to pay to Oakland for the transfer of property might be an incentive, particularly when the city is broke. It’s still hard to imagine Oaklanders backing the permanent partition of their city for a one-time payout.

Secession movements are not new in Montclair, or in other parts of Oakland. Frustration with crime and dwindling city services sparked talk of secession in North Oakland a few years back. The movement went nowhere, probably because of the daunting challenges described by Morosini. Whatever the outcome of Montclair’s “independence” drive, Morosini’s presentation will stand as a useful resource when other neighborhoods inevitably begin to wonder if they could do a better job managing their communities without City Hall.

One thought on “A Long Hard Road to Freedom”