There was a time when Yusuf Bey opened an organic bakery, and he seemed quite proud of the new place.  Take a look at nattily-dressed Bey, who’s talking up his baked goods to KPIX’s Belva Davis in this 1971 archival footage.

“Most organic foods don’t taste too good even though they’re good for you,” admitted Bey.  After experimenting and tinkering with recipes, the bakery was able to offer good-tasting items – like a honey-prune cake! 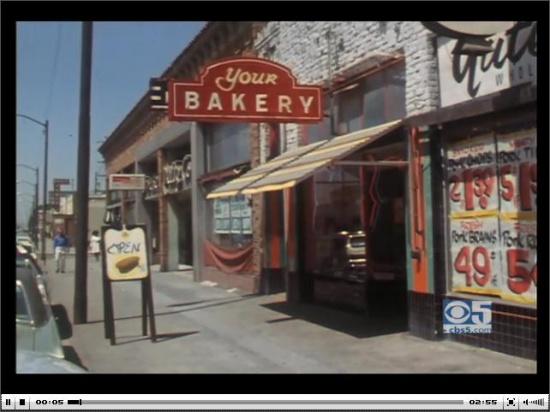 Most of the video followed bakery workers as they prepared or packaged breads, and generally tried to ignore the camera.  Then the taping wrapped with Belva Davis reporting about the three daily shifts of workers, as she signed off for Eyewitness News.

Your Black Muslim Bakery seemed like an innocent place, in a more innocent time.  It was a legitimate business back then, with organic ambitions that adhered to Muslim dictates.

Who could have possibly foreseen what would happen later, as Bey was accused of rape on multiple counts?  Or what happened as subsequent generations took over, and violent crimes multiplied?  That’s history we won’t forget.

Kudos to the San Francisco Bay Area Archive, which has been digitizing 100 hours of more than 4,000 locally-filmed hours in their collection.  Check out what’s already accessible, as it’s fascinating stuff.