We’re not going to claim any expert opinions about Haiti relief efforts from Montclair’s coffee drinkers, but there’s a naturally-heightened interest among Hayward Fault residents like us.

The neighborly conversations were pretty lively earlier today.  With videos showing attempted and real rescues, dead bodies, and injured or bereft survivors, the aftermath seems so much more vivid than previous long-distance disasters. 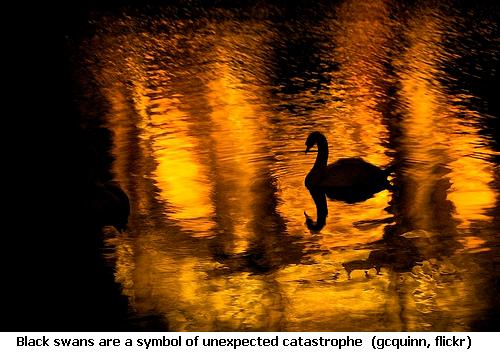 Here’s a recap of the concepts examined by coffee klatschers.  We’re sure that locals have been influenced by whatever media they consumed, but these kinds of questions always came up:

The Haiti earthquake calamity is still raw news, yet there’s some battle fatigue.  Although most of the local chatting was about Haiti, the unstated “what happens when our Hayward quake hits” was right below the surface.

It’s time to celebrate our Hayward Fault legacy, which delivered the Big Quake some 140 years ago.  That Hayward shaker’s considered one of the three majors, along with the 1906 and 1989 quakes.

We began the commemoration with a light jolt.  Last Friday afternoon, a magnitude 3.1 earthquake shook Montclair.  This quake is worth mentioning because the epicenter was near Mountain Avenue – right under our feet. 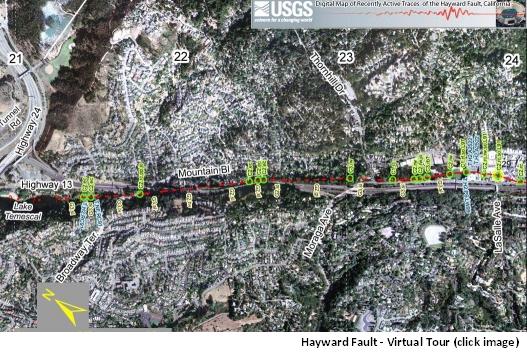 You just have to be philosophical, while living on the fault-line.  The last big quake occurred on October 21st, 1868 and the U.S. Geological Survey scientists “describe this fault as a tectonic time bomb.”

The U.S. Geological Survey says we’re due right now, while the Berkeley Seismological Laboratory declares a 27 percent chance of delivering a 6.4+ quake in the next 30 years.

To honor the past destructive forces, there are all kind of earthquake commemorations and activities:

Oaklander Andrew Alden, who oversees About.com’s geology guide, recently blogged about the Hayward Fault in Montclair. Apparently, we live near a wide zone rather than a nice, neat fault line.

Let’s first take a look at the Hayward Fault map through the Village: 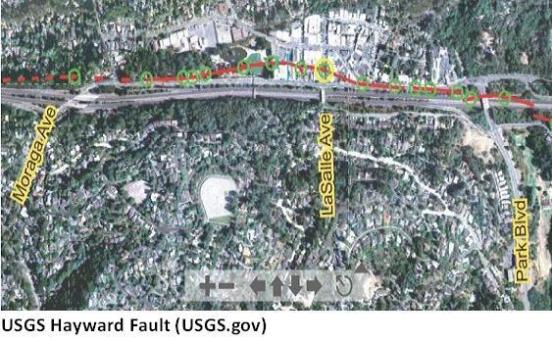 In particular, Montclair Park is one place where the fault widens. Alden explains that “where two strands overlap, a block of ground between them may slump in tension or rise in compression.” This slump is quite familiar to all, as the pond!

Another tidbit to share: the Hayward Fault has not ruptured here yet. When the big Hayward earthquake took place 150 years ago, it traveled south from San Leandro to Fremont. This doesn’t translate to more risk when the next one hits, right…right?